We are a group of friends based in the entire South Bohemian region who like Airsoft, Military activities, bushcraft and just being in nature in general. Every year we try to attend at least 10 Airsoft events. Although we prefer private, more serious events (even for multiple days), that are hosted by us or our partner teams, from time to time we don't mind to attend a larger public events or a simple speedsoft either. In the summer, there is usually one non-airsoft event taking place, such as descent of the river or just a hiking trip to an interesting location, without our guns and gear :)

For our uniforms, we currently use the pattern A-TACS FG, for it's excellent camouflage abilities. There are no limitations on guns and other gear, except that they have to be well camouflaged. Regarding team discipline and our methods in action, we like to go with the "middle way"- meaning: We do not try to turn airsoft into an army drill, generally there is very friendly nature in the team and we do not cling to copying any specific army or unit. On the other hand, we try to get a partially authentic experience, therefore we take a number of real life methods from multiple armies and slightly transform them for use in Airsoft. Also, during events there is a certain hierarchy in place, so our team can progress continuously.

If you'd like to visit Czech Republic and attend one of the events with us, please let us know. > Contact here <

The roots of our team reach all the way to the 90's, to the creation of well known team called "Czech Lions" , which was patially founded by two of our current members - Raul and Marty. They later left this team and after roughly a year, along with two other friends, they founded our current team "the Green Berets".

The name, "Special Forces, Green Berets" was chosen after the very first Airsoft team in the region, that was unfortunately later disbanded. We wanted to continue the tradition of playing this sport in a serious, mil-sim kind of way.   At the beggining, the team consisted of four members - Marty, Raul, Alesh and Wolf., with more members joining later on. We often attended multi-day events, we played during the nights, aswell as during the winter. Long marches with heavy gear were almost always an inseparable part of the events. In general, the events were more focused on military nature and survival, before Airsoft itself. As a result we had absolutely perfect, non-everyday experiences and a team that sticked together well.

In 2014, the team reached a number of 17 registered members originating from various places in the South Bohemian region. Nature of the events has changed slightly troughout the years, but at this time we are trying to turn the team back towards it's original direction. 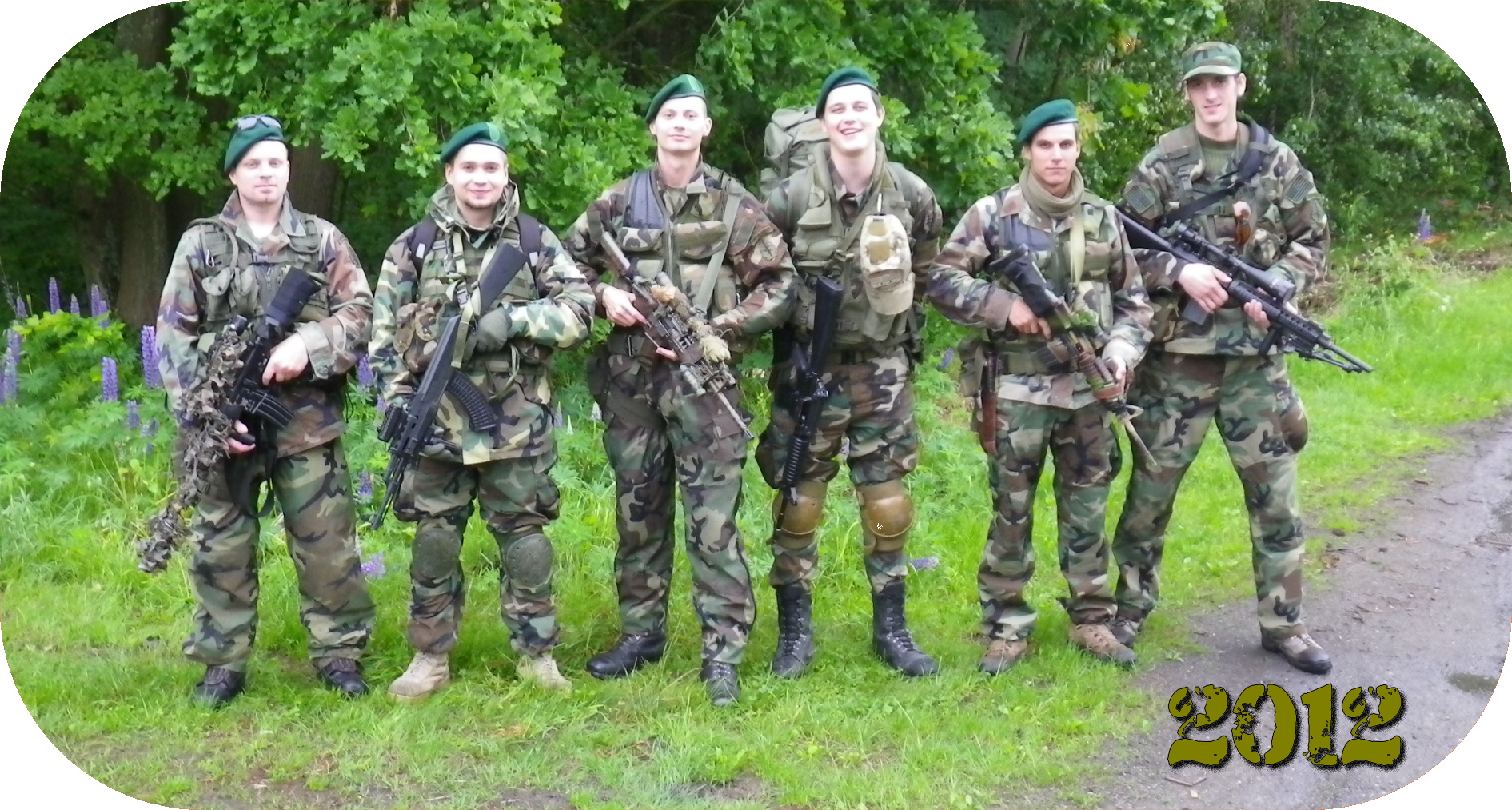